Recently, we had a nice stretch of sunshine so I took my son to a local bike shop to get his first real bike. The options were limited but I prefer supporting local businesses versus the big sporting stores even if it means spending a little bit more. After saying that, the prices are quite comparable. What really impresses me with most local bike shops is that they provide free service for up to a year after purchase.

I especially like these guys because they are focused on the customer needs and not the sale. The owner told me, given my son's height is at the cusp of smaller and medium bikes, I should get  him a used small bike and purchase a new one at the end of the year. However, my son is just over 5 years old so it would be nice to have the training wheels to start even if it is for a week. I believe in the approach of taking off the pedals and training wheels as seen in this video. But since it's my son's first time on a real bike, the training wheels will let him get used to sitting on and riding a bike. He loves his bike so I'm a happy parent. Of course, he also got a helmet. Once he learns to ride a bike, I will get one as well so we can go bike riding together.

With 8 more months of parental leave remaining, I've started to think about a vacation. We usually take two splurge trips per year - last year we went to Disneyland twice and stayed onsite. India was fun but not necessarily a pure vacation. This year, we'll probably just do one splurge vacation - I don't count trips to Vancouver Island, other locations in BC, Washington or Oregon states, etc. because they are so close. 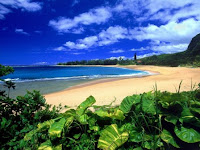 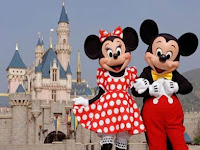 I'm not concerned with travelling with my daughter - my son went to Australia at 3 months. I've always said that when I have kids, I will show them the world, which I started with my son. Sometimes, people say, they are too young to remember. My usual responses include there are photo memories, and you can take them again and again and again. Most importantly, the joy they experience at the moment in time cannot be replaced even if the memory is gone when they are older. But again, to each his or her own. Of course, my son wants to go to Disneyland again - the other option is Hawaii, which my son has been to twice (Maui). Probably go to Kauai this time around. Sure, he likes the beach and sand but nothing compares to Disneyland for a 5-year-old who loves the rides and attractions. I'm thinking October if Disneyland (like last year) and November if Hawaii. There's also Thomasland in the UK or Japan. For the Spring, Summer, and Fall seasons, there are many places nearby that we could drive or take a short flight to. The shopping and shores of Washington and Oregon are awesome especially in the summer :)

We tend not to escape during the summers because Vancouver summers are usually quite nice - although in recent past, the summers are getting a bit warm for me. I am not a fan of the heat. Although we get our fair share of rain, it seems like we get less and less of it every year, or at least we are experiencing warmer temperatures. The great thing about Vancouver is that we don't get much snow unlike the rest of Canada but some people like the snow. I don't mind watching it, playing it in with my son, skiing on it, etc. but being on the roads with drivers who cannot drive on snow is not fun.

I enjoy living in Vancouver - I've been here since my teen years. Our family has lived in BC for most of my life. It's not a small city but it's not big relative to Toronto or Montreal either. There's nature, ocean, lakes, mountains, professional sporting teams, plethora of cultures (reflected in the restaurants too), mild (no extreme) temperatures, etc. However, there's not much of a regular nightlife relative to big cities (although we get our fair share of concerts, plays, etc.) and it's the most expensive city to live in Canada.

In December 2012, the average house price was $684,000 - and that doesn't really get you much of a house. I'm around 20 minutes from Downtown and there are no houses that cost that little in my neighbourhood. Among the new homes and newly-renovated homes (like mine) in my area, you might find the odd really old, non-renovated home for $750,000. Most of these homes in my area are a minimum $1 million to the sky's the limit. Of course, you could live further away from the city centre, which usually means a long commute and crossing a minimum of one bridge but some families are willing to sacrifice the commute time for a larger property and home. The housing prices obviously make it difficult for young people and poor immigrants to get into the market. Of course, there are more expensive cities in the world but I've been to many more cities where I could have a mansion for the cost of my home and property! After saying all of that, I doubt I would ever move. It's nice living in North America's top city for Quality of Living, and raising kids here especially in my part of the city. In the end, no matter where you live, you make it your home :)

Thank you for letting me share this part of my world with you!
Posted by Chindian Dreams at 15:26