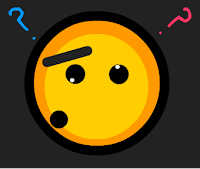 I've blogged before about why single parenting works for me but I wanted to blog about the not-so-serious side of being and becoming a parent as a single gay male. Honestly, this can be its own blog so I hope it won't be too long. The simple fact is that my certain aspects of my profile confuses different samples of the general population when you add "parent" to my profile. Where to begin?!? LOL!

Before I do start, I want to make it clear that, in general, most strangers and acquaintances are polite - they are more curious than anything else but sometimes they will throw in their unsolicited opinions. Nothing that bothers me really - I don't give unimportant people any power over my emotions. Also, I will not write much about why people get confused - there are so many reasons and this would become one heck of a long post and who wants to read a mega-long post :)

Let's start with the SINGLE aspect of my profile. Those who don't know I'm single, say "congratulations to you and your wife/partner" when they find out I'm having a child. But they get confused when I tell them, I'm single. For those who know I have a son, the majority assume I was once married - usually to a woman - and I have full custody of my son. So there's confusion when they find out that I am having another child. Then there are others (single, in a relationship, or married) who cannot imagine why I would want to choose to be a parent on my own.

Secondly, there's the GAY aspect of my profile. Here, I confuse both gay and straight people. Some straight people cannot imagine why a gay person would want kids. And yes, some straight people also believe a gay person should never have kids - that's yet another separate blog. On the flip side, some gay people cannot imagine why I as a gay male would want kids. Finally, the MALE aspect of my profile confuses some. Some people find it difficult to understand why parenting is so important to a male - only females have that innate desire to have and raise children.

Now throw these aspects together: SINGLE GAY MALE parent and boom, it's a ball of confusion :) The interesting thing is, becoming and being a parent is not confusing for me at all. It's crystal clear and just right. I feel my world is just perfectly how it should be. In fact, people's negative and illogical responses and reactions are the only confusing things to me but I don't logic the illogical. In the same breath, I do appreciate that everyone comes from different backgrounds and possesses different thoughts and emotions. It is what makes us human.

More confusion? Oh yes, when I add surrogacy into the mix = SINGLE GAY MALE pursuing SURROGACY, there's even more confusion because surrogacy is very new to many people or they only hear the bad surrogacy stories. Add to that people's personal opinions about surrogacy, and you have yet another separate blog :)

In the end, no matter what others might believe and say, no matter what you hear and read, you know your calling in life when you find it. The road may not be an easy one to fulfill that calling but that light at the end of the tunnel is what keeps us going and motivated to reach that dream. I hope everyone in SCI Land is doing well, whichever phase you are in with your journey!

Thank you for letting me share this part of my world with you!
Posted by Chindian Dreams at 14:07